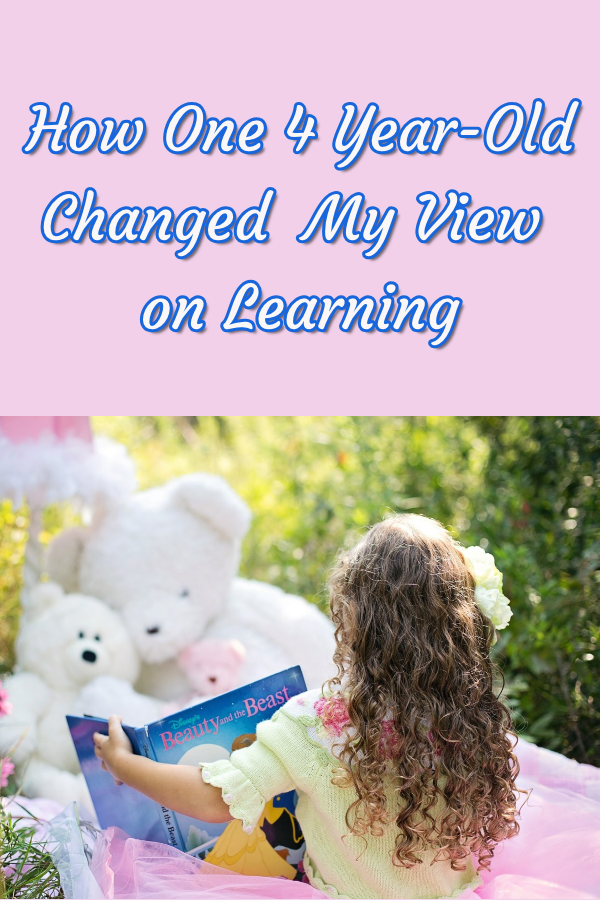 When it comes to knowing how to do “school work” I always thought what preschoolers knew was learned in Preschool. You know when Preschool aged kids draw lines to connect two pictures together or dot to dots, tracing, writing, etc. those “school work” things had to be taught in order for kids to know how to do them. I even have a child who went through different private schools for those early years including Preschool and I thought I knew that’s how he learned to draw lines, etc. I also did work with him on certain learning concepts at home, but not as much as those schools did. But, boy was I surprised to learn differently. Yes, my son might have learned a lot in those Preschool years and that’s probably where he learned how to draw lines, writing, etc., but that doesn’t mean that every kid does.

My 4-year-old daughter changed my view of thinking that way for good; she has impressed me so much in this way that I don’t believe that kids only learn from schools. In fact, she has never been to any school any day of her life. Yes, that means I homeschool both kids now, but I wasn’t teaching her just yet.

I would describe my daughter as an independent learner. I did not want to formally teach her Preschool concepts just yet, because I didn’t think she was ready. Yes, age wise it would have been fine, but she only started using “real words/language” at age 3. Yes, she was a late talker. I had no doubt that she understood us, but because official language skills weren’t there until this time, I didn’t want to rush into formal teaching until another year has gone by. I didn’t want it to be too much for her and I didn’t want her to not like learning, but that did not stop her!!

One day, she wanted to color in a coloring book and I allowed her. There was a page in it with cats on both sides and she asked me what she’s supposed to do there and I told her to draw lines to connect the two cats. I didn’t think she would understand and up until that point she has never drawn a line by herself, let alone to connect two objects. But guess what? She did it that day and that was her first time. I told her what a great job she did and thought to myself “isn’t this the kind of things my son learned in Preschool?” I was WRONG!! (at least when it came to her). But it didn’t stop there, while I was teaching my 3rd grader, I just allowed her to explore what it was that she wanted to do on her own such as draw, color, paint (she loves doing those things), read (flip through books and make her own story), etc. But, she wanted to learn MORE!! She saw her big brother doing schoolwork and she WANTED “schoolwork”!! How do I know? Because, she wouldn’t stop yelling and crying and saying she wanted “schoolwork” until I gave her some “schoolwork”. I decided to see if she could trace with an old workbook I had when my son was her age. I just gave her the workbook and told her to trace on the lines and SHE DID!! I was really impressed and shocked and once again wrong about thinking that this happens when someone formally teaches a Preschooler. It didn’t stop there either!! Although, I’m not teaching her how to write just yet, I gave her an old calendar printable I had for her to draw on, but she did not use it to draw on. She used it to try to write her own numbers right next to the number on the calendar. Some did not look like the numbers and she knew it and got frustrated, but she did manage to write a “1” (not the straight line kind), “7”, and “9” perfectly and on her own. I was once again impressed and this also happened with some letters she decided to try to write when we were at the library. She is truly an independent learner and not just in “school like” areas. She has also taught herself how to count to ten (even the numbers after, but she gets confused with 13 and 14), letters, colors, how to get dressed (from head to toe at an earlier age), how to zip up her coat, button her coat with large buttons, how to use tape to fix things on her own (this was yesterday), and is working on buttoning with smaller buttons on her sweaters. She continues to impress me with all the new ways she teaches herself everyday.

This is truly tremendous and a blessing, not only because she independently teaches herself, but also because we thought she was going to be behind, due to her late language and because it didn’t seem like she understood learning concepts. To our surprise, she not only understood a lot more learning concepts than we thought, but she wants to learn and is very self-motivated. This was an unexpected surprise to me!! Although, I have a tremendously intelligent 9-year-old son who knew a lot of learning concepts early on and was able to write and read at early ages in school, he just doesn’t have the same motivation as her. She has all of the motivation in the world and will work harder if she doesn’t know a concept and will teach herself. Now I know that she is ready to learn and wanting to learn, I will slowly do a little bit more formal learning with her earlier than I expected.

Do you have an extremely independent learner at a young age? Were you impressed and decided to teach him/her sooner? Do you see differences in your kids’ motivation and/or learning styles?

17 shares
« The Truth about Cancer: What You Need to Know about Cancer’s History, Treatment, and Prevention Book Review
Just Married: The Catholic Guide to Surviving and Thriving in the First Five Years of Marriage Book Review »

This site uses Akismet to reduce spam. Learn how your comment data is processed. 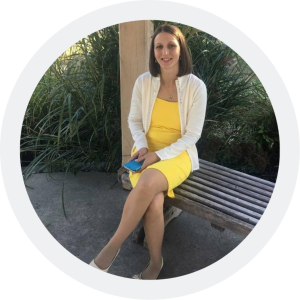 Hey there Lovely Learners!! I'm Kamila and I'm happy that you stopped by!! I love learning and want to share some useful learning resources for you. Read More…

Truly Love Learning is a participant in the Amazon Services LLC Associates Program, an affiliate advertising program designed to provide a means for us to earn fees by linking to Amazon.com and affiliated sites.